A lot can happen in a month. In September, our world was completely transformed.

It all started back on August 26 when the state evacuated due to an impending hurricane. S had been fussy all day. But I chalked it up to the stresses that we, as parents were having, and to the sickness that we had fought (remember the bronchitis?). Both my hubby and I were feeling pretty miserable but knew that there was little we could do, and I just assumed that S was dealing with his own version of the illness.

After driving for a couple of hours we stopped at a Target in order for me to use the restroom and to pick up some window shades for the boys. When my husband opened the door to install the shade on S’s side we discovered that S had vomited all over himself.

We got S out of the car and I took him into the bathrooms and gave him a little bath in the sink. My husband cleaned out the car seat the best that he was able to, and we continued on.

A few miles later, S threw up again. And once again we stopped, and cleaned up.

The trip went on. S was still fussy and we could tell he wasn’t himself, but again, I just figured it was due to the illness and that he had refused to take his antibiotics.

Over the week we kept close watch on the little guy and he continued to not eat much, vomit at random times, leak through his diapers, drink excessively, and be super fussy. I knew that we had a well baby check up the Tuesday after Labor Day though, so I figured he could hold off until then, since we were out-of-town.

Early Labor Day morning, while it was still dark, S woke up screaming. This was uncharacteristic of him. He had leaked through his diaper, so I took him downstairs and cleaned him up. We got him a sippy cup of water and we put him back in bed. Sometime in the night he ended up throwing up again, and the next morning, I came downstairs with little T to find that S had thrown up several more times in the 30 minutes that he had been up.

That was it. I wasn’t going to wait anymore. I was taking him to the ER.

The first thing I told the nurses and doctor was that I wanted his sugar tested, because I knew that the symptoms corresponded with diabetes. But they kept insisting that it was just a stomach bug that was going around. They didn’t believe that it was anything more serious.

Because S was so dehydrated they tried to get an iv put into him. They wanted to get blood from the iv before giving him fluids and run a full panel on it.

The poor child is like me though, and the nurses all struggled to get an iv put into him, or to get any blood out of him. They blew several veins, and brought nurse after nurse in to try to put the iv in.

Finally, hours later, the first nurse came in with an Accu-Check. “Oh crap!” was the response of the nurse as she stared at the number on the monitor and ran out of the room in search of the doctor.

Oh, how infuriated I was at this point!

The doctor came in and said that S’s sugar levels were too high for the monitor to read. They were going to have to take blood from the groin to run the test results and find out how high his sugar actual was.

Finally things started moving. The nurses got an iv put in, and started pumping fluids into S’s small, frail body. The blood results came back from the lab. An ambulance was on its way from the nearest children’s hospital. And I was finally able to get in touch with my husband.

The next week was one of the longest weeks of my life. We spent the first two days in PICU where they closely monitored S while being attached to the iv, and several other cords. We weren’t allowed to bring T in so my husband and I had to keep switching off who was in the PICU with S, leaving him alone with the nurses for periods of time, where he would stand in his bed and scream for us.

It was very stressful as they gave S his first insulin and whatever else they did. There was the possibility that his brain would swell and that he would die. But there was also the possibility that his sugars would get to high or too low and that he could go into a coma or die from that as well. No matter which way we went there was so much risk.

I am so grateful he made it through those first few days without any long-term damage.

By Tuesday night S was in his own room. He had to continue his isolation from other patients due to MRSA which was found in his nose (he’s a carrier but doesn’t have it himself). This was a mixed blessing. It meant that he couldn’t leave the room at all but it also meant that T and I were able to take up the other side of the room where another patient would normally be.

The rest of the week we received education on diabetes, S’s sugars were constantly monitored and recorded, and we learned how to care for S ourselves. It was like starting all over again with a brand new baby!

There is so much to know about diabetes. Unfortunately there is also a lot of misinformation out there.

For example, diabetes is NOT caused by what someone eats. Diet and lifestyle are not proven causes for either type 1 or type 2 diabetes. Although there have been studies showing some links between type 2 diabetes (not the type S has) and lifestyle, there is still no conclusive evidence that lifestyle is the cause of diabetes.

Doctors know very little about why a person has diabetes and why another person does not. There are many trials and studies being done but knowledge is seriously lacking.

Type 1 is completely different from Type 2. Type 1, or Juvenile Diabetes, as it is sometimes referred to, generally presents itself in young patients. It is when the pancreas is no longer providing the insulin needed to help break down the glucose in the blood stream from food.

Type 2 diabetes usually presents itself in adulthood or teen years. This is often the type associated with our overweight, lazy society. But not all people with Type 2 diabetes is overweight, or have bad health habits. Some are simply genetically predisposed to it.

Type 2 is generally when the insulin is not doing its job in the body anymore. Either the body is not producing enough of it (as in Type 1) or the body is just not recognizing it anymore.

Either way, diabetes is a horrible disease.

BUT it won’t ruin my child’s life. It will not keep him from being a little boy and doing everything that he wants to do with his life. He will have to think harder about things and plan ahead of time, but he will still be able to have a small piece of cake at birthday parties, or eat that slice of pumpkin pie on Christmas. He will, in every way, still be my little man.

And he’s been proving that to us every day! Here’s a picture of my happy-go-lucky child, doing what he does best, helping mommy. I love that precious smile on his face! How sad my world would be without that wonderful little boy! And how blessed my world is because he is in it, diabetes or not! 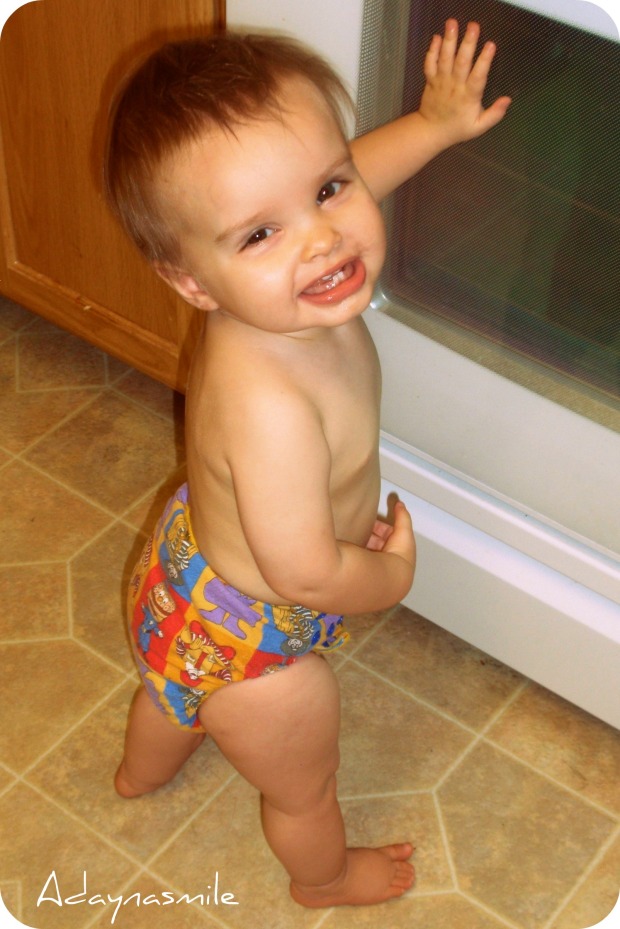 I love to hear what you are thinking! Cancel reply

Creative Ideas Getting Crafty Home I Love to Eat! Tutorials

If you would like to use anything on this blog, for personal use (aside from personal family photos), you may do so as long as you provide a link back to my blog. Please do not remove my watermarks from my photos as they are my personal property. Thank you!